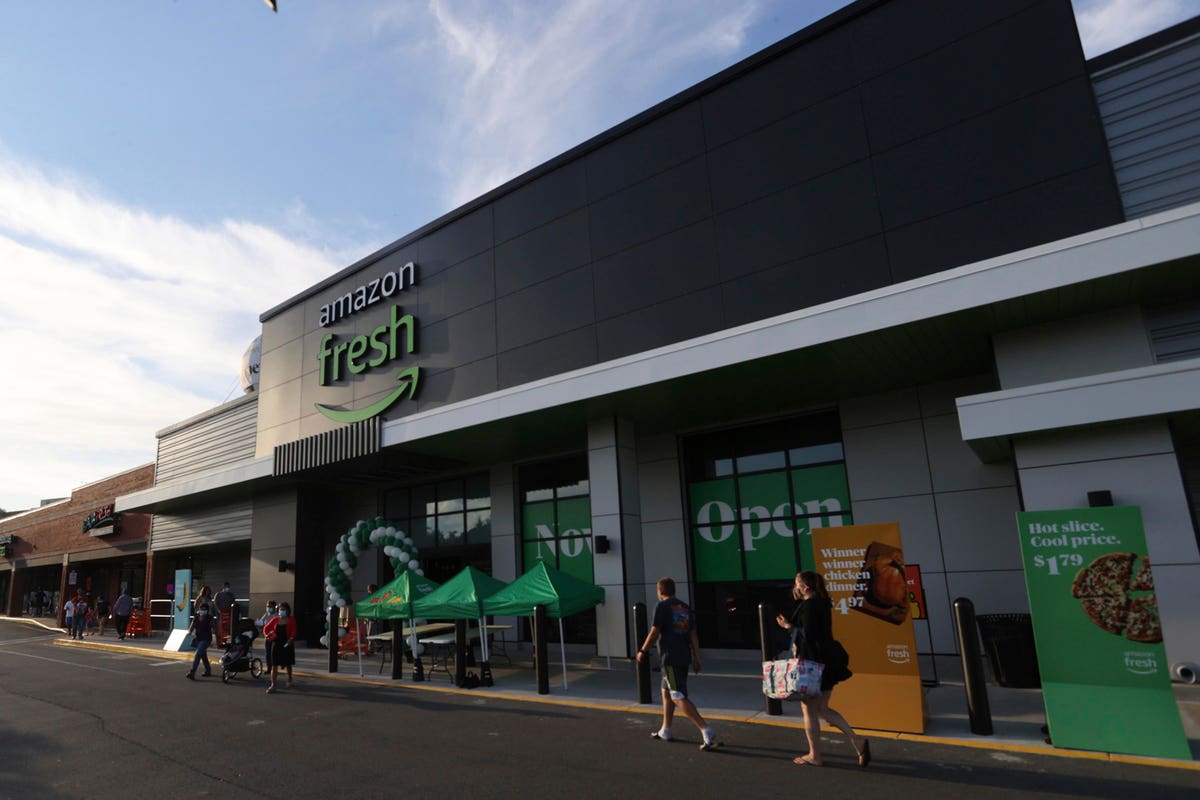 Fresh off of passing Walmart in sales, Amazon is planning to open department stores, according to the Wall Street Journal, the company’s biggest push yet into a world of in-person retail eroded by its dominance in online shopping.

An Amazon Fresh grocery store in Alexandria, Virginia on May 27, 2021.

Unnamed sources told the Journal that the first stores will open in Ohio and California and will sell clothes, household products and electronics, likely from both brand names and Amazon brands.

The company aims to expose customers to products they may not search for online and to gather more data on its shoppers, an unnamed source told the Journal.

An Amazon spokesperson did not confirm the company’s plans, telling Forbes that “we do not comment on rumors and speculation.”

Amazon has expanded its retail footprint massively since 2016, when it opened its first physical bookstore. It opened its first 4-Star and Go locations in 2018 and debuted the Amazon Fresh grocery store in 2020, three years after buying Whole Foods.  It now has more than 30 stores each among its 4-Star and Go brands, and 24 bookstores. Not all of Amazon’s forays into retail have been successful: It announced in 2019 that it would close its 87 mall kiosks, although its website lists seven such stores on its locations page. Other retailers are also experimenting with store size: Nordstrom and Bloomingdales have opened stores about the same size as the planned Amazon stores, the Journal reports.

1%. That’s the share of retail sales made by physical department stores in 2021 so far, according to research by Customer Growth Partners cited by the Journal.