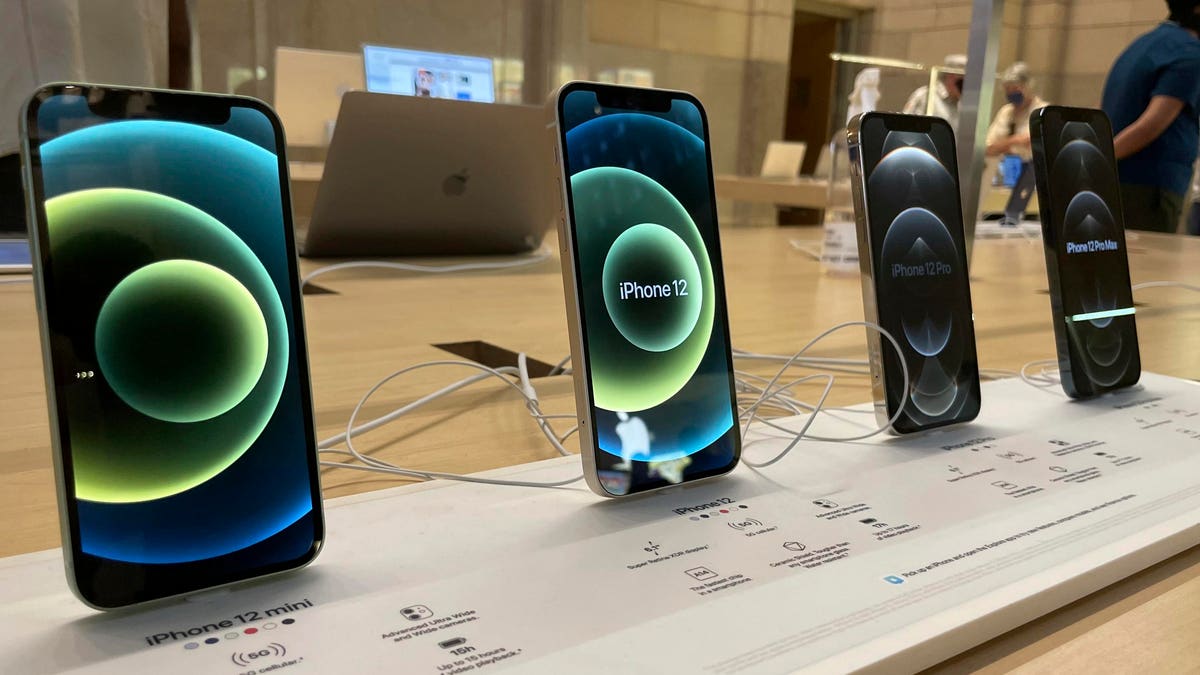 Apple Loop is here to remind you of a few of the very many discussions that have happened around Apple over the last seven days (and you can read my weekly digest of Android news here on Forbes).

New iPhone Features For The Future

Mark Gurman has backed up claims that the iPhone 13 family will not feature TouchID, but does note that the next iteration (the presumptive iPhone 14 in 2022) will welcome’s back the technology with an under-screen fingerprint reader. In the meantime, it’s all about FaceID and trying to get rid of the notch as soon as is practical

“While Apple had tested in-screen Touch ID for the next flagship iPhones, it won’t make the cut this year,” Gurman explains. This follows rampant speculation for the last year that the tech would return alongside Face ID, given the latter’s problems with masks during the pandemic."

A new zero-click hack of the iPhone has surfaced. Discovered by Citizen Lab, based at the University of Toronto it is based on the Pegasus exploits reported earlier this summer. The latter was addressed by the iOS 14.7.1 update, but new attack is reportedly unaffected by that fix:

"Apple only released a fix for the original Pegasus attack in July with iOS 14.7.1, its latest iOS 14 update. But Citizen Lab states this new attack has found a different method of attack. Speaking to TechCrunch, Apple said it “unequivocally condemns cyberattacks” but declined to say whether or not iOS 14.7.1 was able to combat the new threat."

More Image Scanning In The iCloud

The debate around Apple’s on-device scanning for CSAM material continues, as well as other areas where Apple is scanning. Like most cloud storage providers, data on Apple’s servers may be scanned. Ben Lovejoy has more:

"Apple confirmed to me that it has been scanning outgoing and incoming iCloud Mail for CSAM attachments since 2019. Email is not encrypted, so scanning attachments as mail passes through Apple servers would be a trivial task. Apple also indicated that it was doing some limited scanning of other data, but would not tell me what that was, except to suggest that it was on a tiny scale. It did tell me that the “other data” does not include iCloud backups.”

If you ever wondered what Edward Snowdon thought of Apple’s plans to scan your own phone for materials on a ‘verboten’ list, good news:

"I can’t think of any other company that has so proudly, and so publicly, distributed spyware to its own devices—and I can’t think of a threat more dangerous to a product’s security than the mischief of its own maker. There is no fundamental technological limit to how far the precedent Apple is establishing can be pushed, meaning the only restraint is Apple’s all-too-flexible company policy, something governments understand all too well."

Apple is making a clear delineation between the low-end M1 MacBook Pro and the upcoming M1X MacBook Pro. There’s no half measures in terms of keeping the biggest chip for the biggest screen. The M1X laptops will run the same chip configuration, so expect the 14-inch model to come with a bit of sticker shock compared to the higher specced Intel MacBook Pro:

“According to a recent tweet from leaker and iOS developer Dylandkt, that won't be the case with the new 14-inch and 16-inch MacBook Pros. Instead, they claim that both sizes of Pro "will have the same chip and the same performance", clarifying in a follow-up tweet that "I am referring to the 16 and 14 inch pros both having the same M1X [chip]”.

Hello To The New Mac mini

As the world waits for the new laptops, Apple looks set to not only update the Mac mini to the next Apple Silicon system on chip (the aforementioned M1X) but to push the uprated specs by cancelling last year’s M1 Mac mini rather than keep two SKUs:

"Keeping two Mac mini options in the portfolio would not only be easily justified, but it would have kept the Mac mini in step with the MacBook Pro; Apple is expected to continue with the M1-powered MacBook Pro laptops launched last year even as it launches the new 14-inch and 16-inch MacBook Pro laptops with the uprated M1X processor, improved miniLED screen, and new design. The two processor option, along with the physical choices, will create a low- and an high- end MacBook Pro."

The Apple Watch continues to rule the smartwatch industry, with the user-base crossing 100 million in the year that saw the market grow 27 percent year on year:

"Apple maintained its solid No. 1 position in terms of shipments, but its market share declined slightly compared to the same period last year due to intensifying competition with Chinese and Indian brands. Among the global Top 5 smartwatch OEMs, Samsung and Garmin showed a remarkable shipment growth of 43% and 62% YoY, respectively"

How much would you pay to be Apples default search engine? Looking through the various company reports and financial projections, Bernstein analyst Toni Saccharidonaghi suggests Google is happy to pay $15 billion for the current financial year:

"We see two potential risks to GOOG’s payments to AAPL: (1) regulatory risk, which we believe is real, but likely years away; we see a potential 4-5% impact to Apple’s gross profits from an adverse ruling; (2) that Google chooses to stop paying Apple to be the default search engine altogether, or looks to renegotiate terms and pay less. We have noted in prior research that GOOG is likely paying to ensure Microsoft doesn’t outbid it."

Apple Loop brings you seven days worth of highlights every weekend here on Forbes. Don’t forget to follow me so you don’t miss any coverage in the future. Last week’s Apple Loop can be read here, or this week’s edition of Loop’s sister column, Android Circuit, is also available on Forbes.