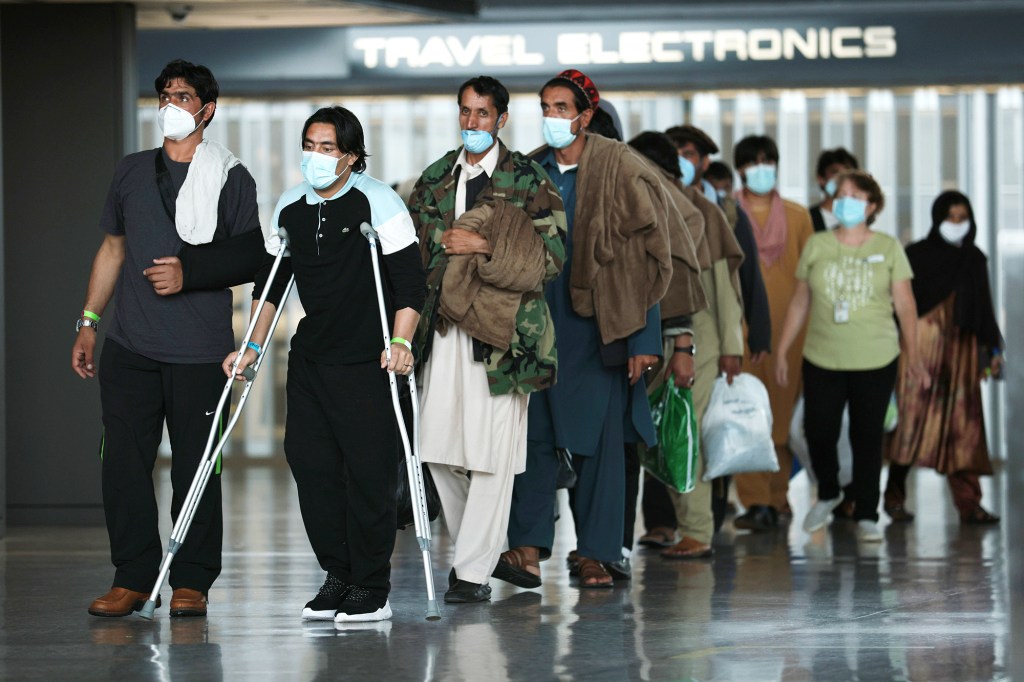 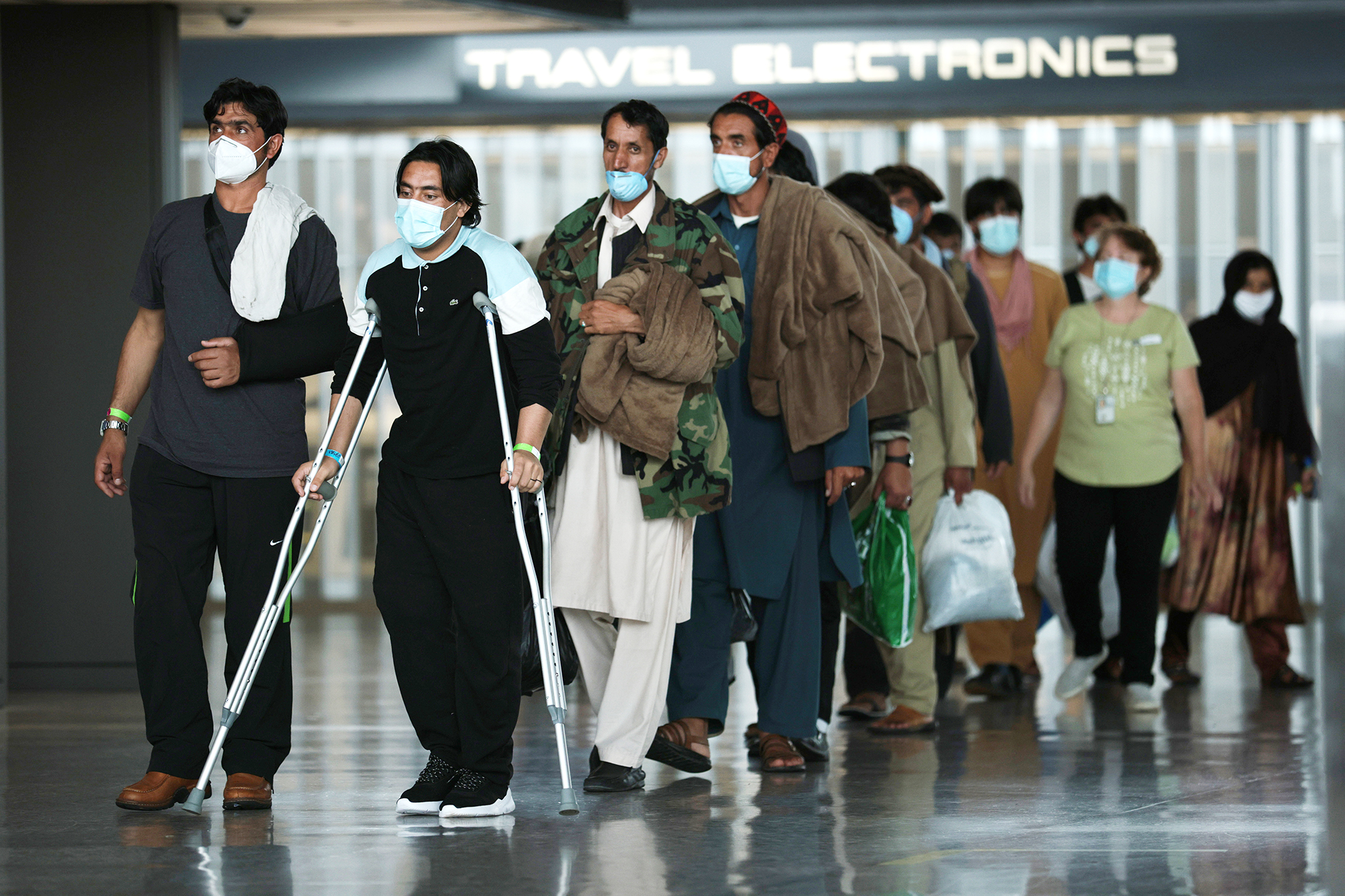 Refugees are led through the departure terminal to a bus that will take them from the Dulles International Airport to a refugee processing center. Anna Moneymaker/Getty Images

New images show weary refugee families arriving in a US commercial airport after the mad scramble to get out of war-torn Afghanistan facing terror threats and the shadow of the Taliban.

The Afghan refugees may have stopped overseas before arriving at Dulles International Airport, outside of Washington, DC, where evacuees have had to wait hours in planes and be subjected to lengthy screening processes that has created a “bottleneck,” The Wall Street Journal reported.

But the images show the families with young children looking much the same as your average airport traveler – hands full with luggage and bags, children visibly excited in their unfamiliar surroundings.

The images of refugees arriving on Wednesday included a snap of a young boy snacking on a bag of potato chips while in his mother’s arms. Another shows a little girl giving a high-five to a US service member as the family boards a bus.

Images show families walking through the terminal. In one, a newly arrived group includes a child in a Batman sweater hanging onto a plush Spider-Man toy. A child smiles at a photographer while a young woman flashes a “peace” sign. 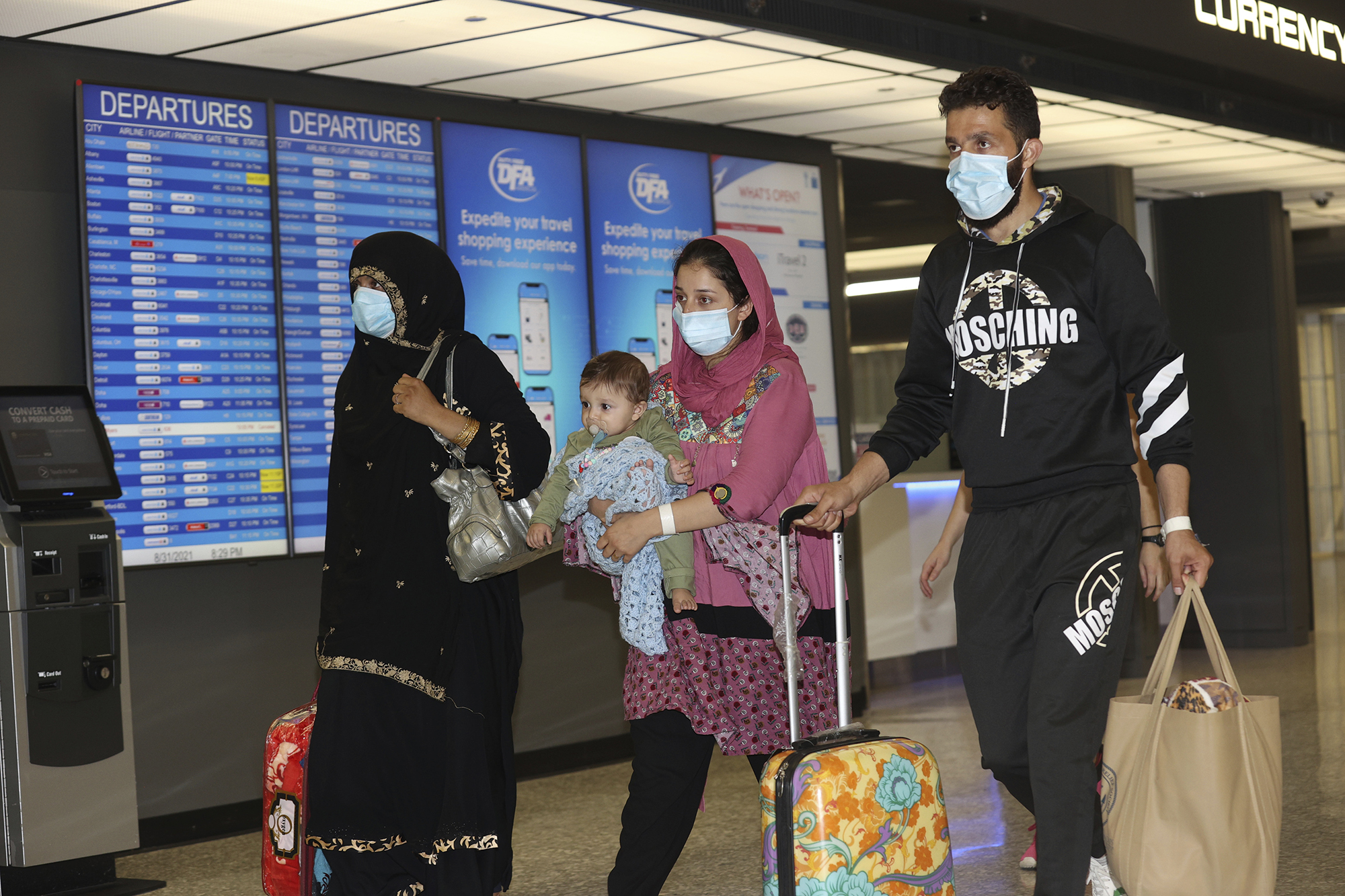 Afghan refugees arrive at Dulles International Airport after the US withdrawal from Afghanistan on August 31, 2021 in Dulles, Virginia. mpi34/MediaPunch /IPX via AP 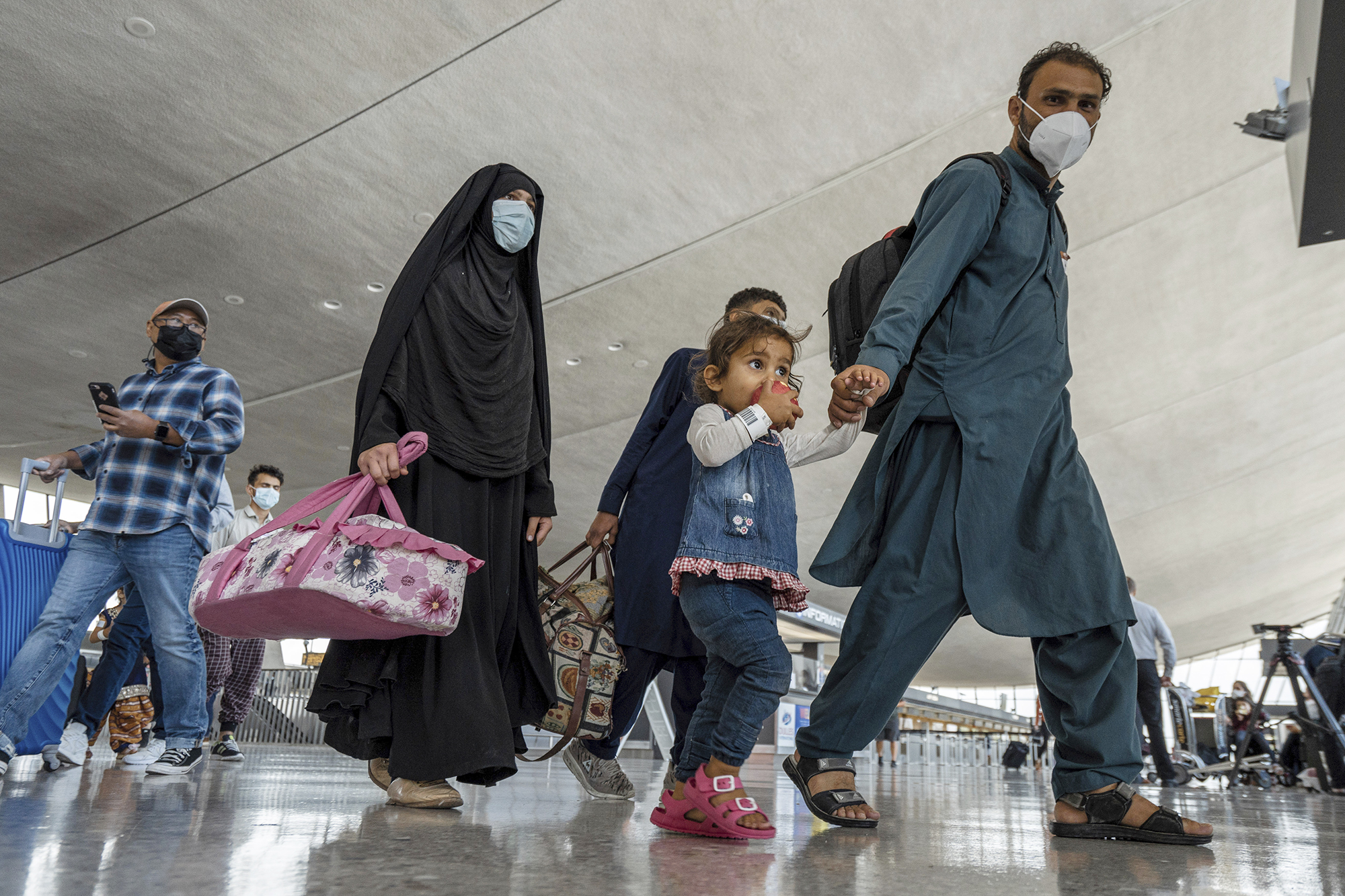 Over 124,000 people were evacuated from Afghanistan in the massive exit operation from Aug. 14 to Aug. 31 as the Taliban swiftly seized control of the country, the State Department said.

More than 31,100 refugees have already arrived in the US – including 23,879 at-risk Afghans, according to department figures released Wednesday. Those may include people with special interest visas obtained for helping the US and NATO forces during the nearly 20-year conflict – or others determined to be in imminent danger under Taliban rule.

The total evacuees include 4,446 US citizens, and 2,785 permanent residents/green card holders, according to the State Department.

The next hurdle for the refugees is a massive resettlement program that has religious groups of various denominations chipping in, according to the Associated Press. 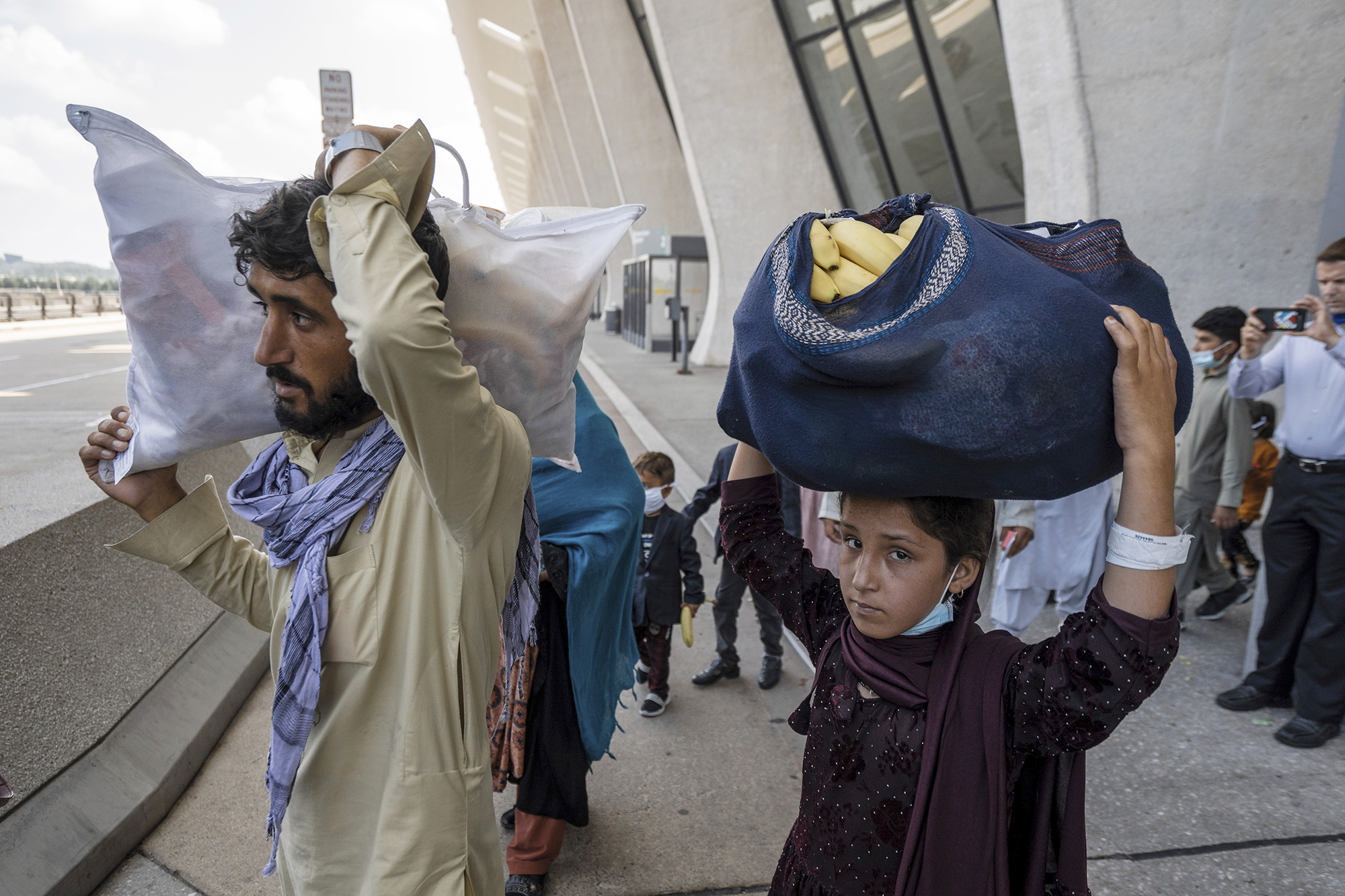 Refugee families from Afghanistan arrive at a US commercial airport. Ken Cedeno/Sipa USA via AP