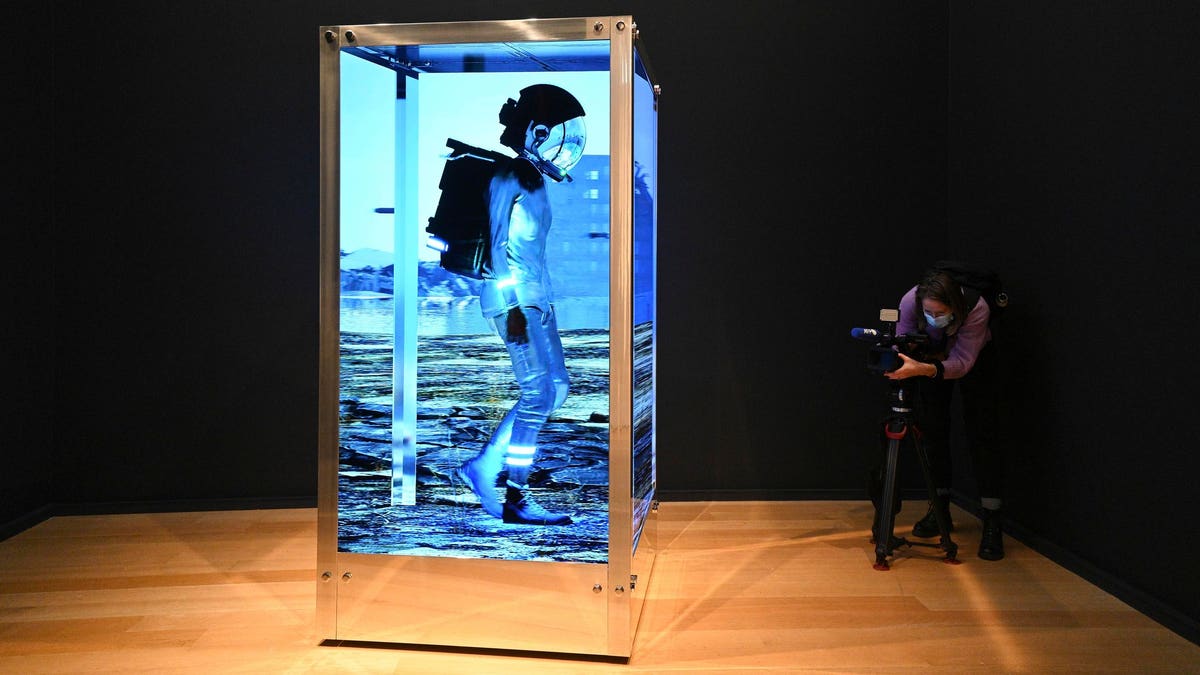 The buyer, an online bidder in Switzerland, placed the winning bid of $25 million at Christie’s on Tuesday evening, ending with “HUMAN ONE” fetching $10 million more than the auction estimate of $15 million.

It’s the first physical work from Michael Winkelmann, who goes by the moniker Beeple and helped set off the NFT craze in March when his “Everydays: The First 5,000 Days” sold for an unprecedented $69.3 million.

“HUMAN ONE” is a seven-foot-tall box made of LED screens playing a loop of footage of a person wearing an astronaut-like suit walking through extraterrestrial-inspired backdrops, with a rotating base that shows the viewer different angles.

Winkelmann will periodically edit the video playing on the screens using blockchain, the artist said in a Christie’s statement, and plans to continue updating the footage throughout his lifetime.

The ability to continuously shift the work even after purchase creates a new dynamic between artist and owner, one that Winkelmann compared to having “an ongoing conversation.”

Christie’s representatives said the piece garnered major interest from potential buyers immediately after the sale of the statue was announced last month.

The popularity of NFTs has exploded in 2021 parallel with the ascent of cryptocurrency, which is used to purchase digital artworks. NFT artists use the blockchain to tokenize their NFTs, like how investors track cryptocurrency. The sale of “Everydays: The First 5,000 Days” placed Winkelmann among the most valuable artists alive, following only David Hockney and Jeff Koons. Christie’s previously announced it would accept cryptocurrencies bitcoin and ethereum for the piece, along with dollars, but it was not immediately clear how the buyer would pay for the statue.

Not everyone in the art world is thrilled about NFTs. Hockney has slammed NFTs as “silly little things'' and called the people who create and buy them “crooks and swindlers.”