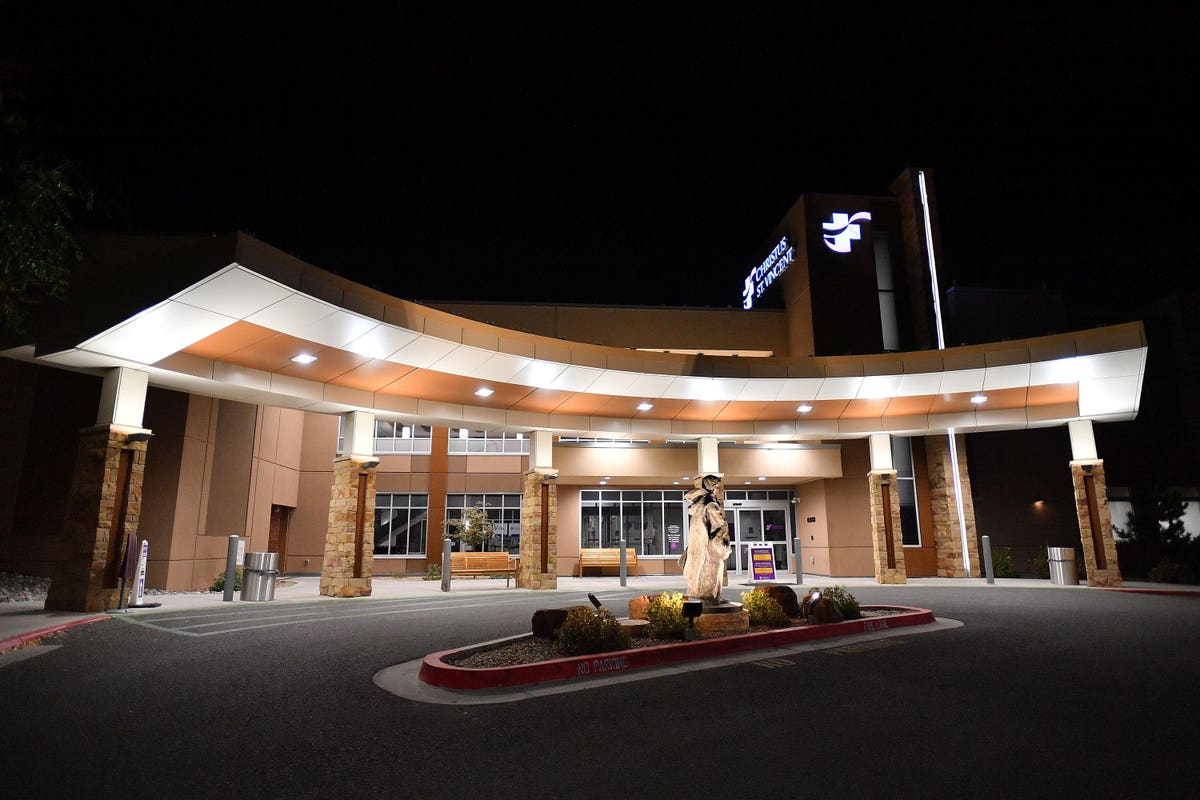 Private security stand at the entrance of the Bonanza Creek Film Ranch in Santa Fe, N.M., Friday, ... [+] Oct. 22, 2021. Actor Alec Baldwin fired a prop gun on the set of a Western being filmed at the ranch on Thursday, Oct. 21, killing the cinematographer, officials said. The director of the movie was wounded, and authorities are investigating. (AP Photo/Andres Leighton)

The apparent accidental death on Thursday of a movie crew member after Alec Baldwin discharged a prop firearm on the set of "Rust" in New Mexico created a crisis for the movie production company and raised important safety issues for the film industry.

As the impact of the situation continues to play out, corporate executives can learn important lessons about responding to and communicating about a crisis at their companies and organizations.

On Twitter today, Baldwin said, “There are no words to convey my shock and sadness regarding the tragic accident that took the life of Halyna Hutchins, a wife, mother and deeply admired colleague of ours. I'm fully cooperating with the police investigation to address how this tragedy occurred...”

The New York Times reported that in a statement, the movie’s production company, Rust Movie Productions LLC, said: “The entire cast and crew has been absolutely devastated by today’s tragedy, and we send our deepest condolences to Halyna’s family and loved ones. We have halted production on the film for an undetermined period of time and are fully cooperating with the Santa Fe Police Department’s investigation. We will be providing counseling services to everyone connected to the film as we work to process this awful event.”

Katherine McLane is the founder and CEO of the Mach 1 Group, a public affairs and crisis communications firm. She said, “Many are waiting to see how the studio or production team addresses Mr. Baldwin’s unfortunate role in the tragedy. If there’s little to nothing said related to Baldwin, one might venture to guess there’s more to the story than an actor using a prop as directed and having it go terribly wrong. If full support is expressed for the actor, then likely all involved believe he was simply doing his job and the prop he was provided caused the tragedy.”

“It’s likely that the studio and the production team will let law enforcement announcements drive their reactions after their initial statements. The set is now potentially a crime scene so all involved will feel it prudent to let the investigation run its course before making any comments on the possible cause of the accident,” McLane said,

She advised that, “When facing a tragedy such as the loss of a team member, smart companies give employees space to process as well as resources such as grief and trauma counseling.” That means, she said, they:

Gun And Weapon Safety: No Absolutes

Jason Cherubini is the chief financial officer and chief operating officer of Dawn's Light Media, a film and media production company that primarily produces feature films in the action and thriller genres.

Cherubini said that, “Gun and weapon safety on film sets is taken extremely seriously, with guns being shown to the crew as a whole, checked by multiple members of the crew, and kept track of by the armorer while on set. There are a long set of policies and procedures that film crews follow in regards to safety.

“Regretfully, these safety measures are not absolute and there is still the potential for accidents with fatal consequences like we saw yesterday...”

Security stands at the entrance to a film set where police say actor Alec Baldwin fired a prop gun, ... [+] killing a cinematographer, is seen outside Santa Fe, New Mexico, Friday, Oct. 22, 2021. The Bonanza Creek Ranch film set has permanent structures for background used in Westerns, including "Rust," the film Baldwin was working on when the prop gun discharged.(AP Photo/Cedar Attanasio)

Cherubini noted that, “There has been a general shift in film production away from the use of real guns firing blanks to the use of airsoft guns that fire soft “bb”s. The main difference between these two filmmaking methods is that the airsoft guns will not show any ‘muzzle flash’ in the practical filming and will then need to be added digitally during the post-production of the film.

“This general shift is not absolute, with some filmmakers, armorers, and special effect artists preferring the more realistic imagery of using a practical firearm shooting blanks,” he said.

Not The First Time

According to Cherubini, “This is not the first accidental injury due to a firearm on set, but the first since 1993’s tragic death of Brandon Lee in The Crow. This truly was a freak accident.

“But even as a freak accident, it reinvigorates the conversation about whether the potential benefit of having the practical imagery of a real gun firing blanks is worth it when there is the option of using airsoft guns and adding muzzle flash in post-production.

A Push For New Policies

He observed that, “This film production is shut down and will remain shut down for the foreseeable future until all legal and law enforcement steps are finished. The production company and filmmakers will then need to evaluate whether it is worth continuing the production or if it is better to shut down production entirely.

“Given the extreme consequences of this accident, and [its involvement of] three key personnel in the film production (the death of cinematographer Halyna Hutchins, the injury of writer/director Joel Souza, and caused by lead actor Alec Baldwin) it is likely that the film will be shut down permanently and not [be] finished,” Cherubini predicted.