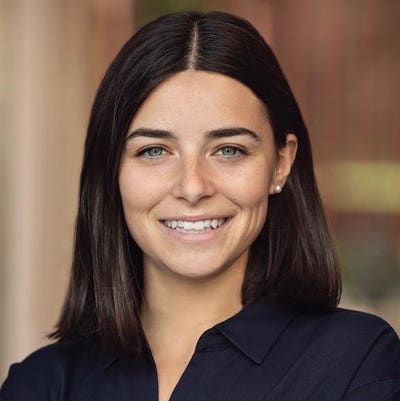 Former President Donald Trump has agreed to post on Truth Social before any other social media sites—with some major exceptions—according to a new federal securities filing from Digital World Acquisition Corp (DWAC), the special acquisition company planning to take Trump's social media company public, weeks after the former president said he would not seek to get back on Twitter.

An icon for Truth Social is shown on a cellphone screen.

As a part of the Trump Media Technology Group (TMTG) “Social Media Exclusivity Term,” Trump has agreed to wait six hours before posting the same content from Truth Social on any other sites, according to the Securities and Exchange Commission filing.

The former president is allowed, however, to make posts from his personal account related to “political messaging, political fundraising or get-out-the vote efforts” at “any time” on any social media site.

The filing also notes TMTG may pay Trump for some social media content.

The filing comes a week after billionaire Elon Musk—whom Twitter’s board approved to acquire the company for $44 billion last month—said he would seek to lift Twitter’s ban on Trump if his deal was completed.

Trump last year announced he would launch Truth Social as a rival to popular sites after Twitter, YouTube and Facebook froze his accounts following the January 6 insurrection. The social media network’s rollout has been plagued by technological glitches, a public waitlist of millions of users after the site was supposed to be operational and resignations from two company leaders. After two months of silence on the platform, Trump began to make regular posts on Truth Social two weeks ago. Last week, Tesla CEO Musk—who is currently seeking to solidify his financing—said he would allow Trump back on Twitter if his takeover deal is completed, calling Trump’s permanent suspension “foolish” and “morally bad.” But the former president told CNBC last month he would not return to Twitter even if Musk lifted the company’s ban.

What To Watch For

Whether DWAC succeeds in taking Truth Social public. The blank check company is still being investigated by the Securities and Exchange Commission over claims it held conversations with Trump before going public last year.

Downloads of Truth Social surged after news Twitter’s board had agreed to be acquired by Musk. Truth Social iPhone app store installations hit one million for the week of April 25 to May 2, according to data from Sensor Tower, a company that monitors mobile apps metrics, although downloads dropped the week after.