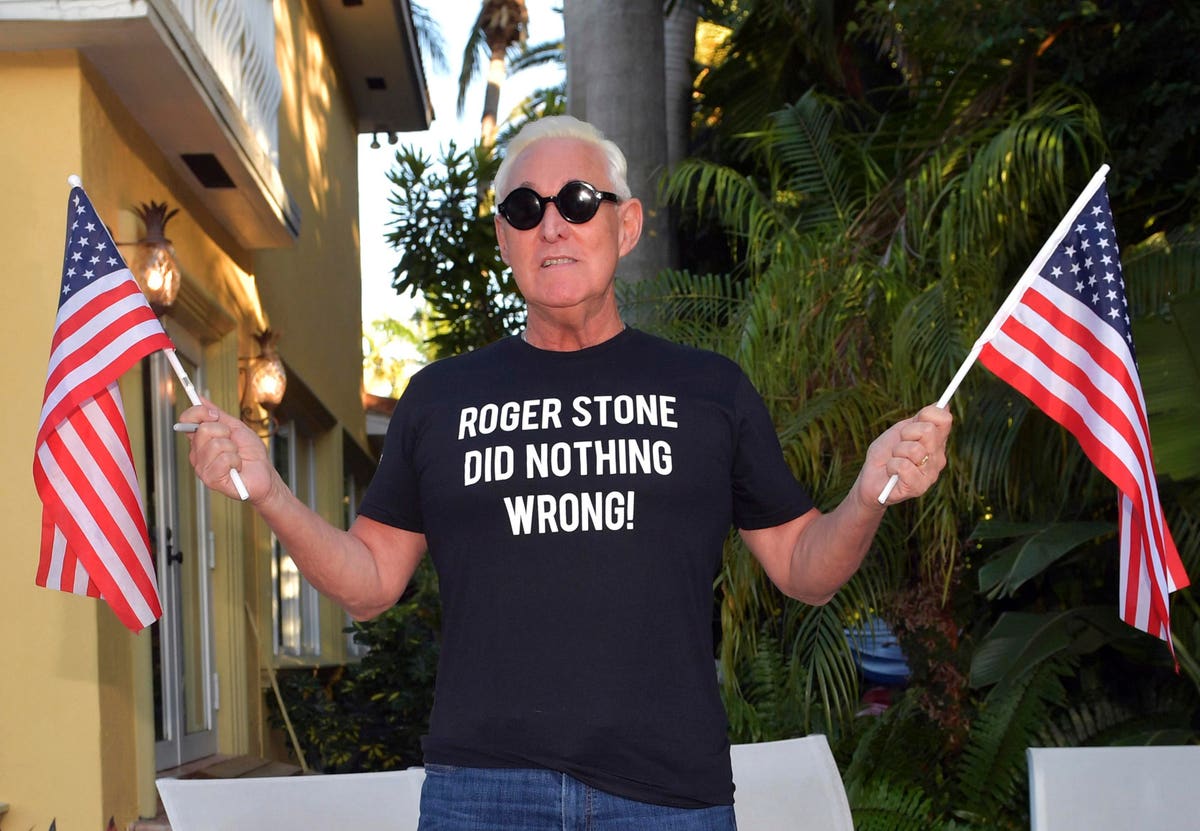 GOP operative Roger Stone is one of five beneficiaries of a Trump pardon who will appear at Trump National Doral for AmpFest.

Roger Stone and George Papadopoulos have been added as special guests to AmpFest, an annual conference at Trump National Doral that already had announced that Michael Flynn and Dinesh D’Souza would be headlining.

All four men received pardons from former President Donald Trump and are now drawing customers to one of his businesses. Stone, Papadopoulous and D'Souza have all appeared at AmpFest in previous years.

Another beneficiary of a Trump pardon, Steve Bannon, will appear remotely.

Subscribe to Forbes' Checks Imbalances newsletter  for an in-depth look at the politicians, businesses and money sloshing around Washington, D.C.

The agenda includes a pool party, a fashion show and a talk by one of the “preeminent voices of the vaccine-risk-awareness movement.” Access to Roger Stone’s VIP martini mixer, during which he'll share the cocktail recipe he learned from Richard Nixon, costs an extra $1,000 (only 20 tickets are available).

Mike Flynn will be a special guest at AmpFest.

I took an unusual route to get here. In a past life, I worked as a travel and food writer, which is how I got the assignment in 2016 to cover the grand opening of the