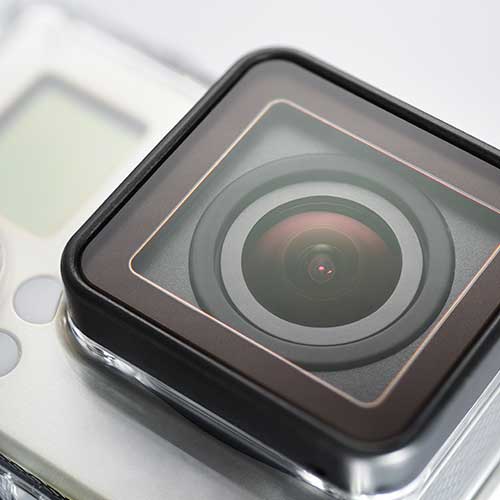 GoPro Cameras have been around since the company’s early days of 35mm film photographing…dubbed the Hero 35mm in 2005.  They’re now on the 6th generation GoPro Hero 3, available in 3 versions, White, Silver, and Black editions.  With 3 editions, it’s easy to ask the simple question…What’s the difference???

So, while you can find the technical specifications of each model here, in layman terms, here’s what each jump gets you:

White Edition – A great adventure camera good to 197′ underwater.  At best can get you 180p at 30 frames per second…or if you’d rather lose image quality you can get 60 frames per second at 720 resolution.  You can score 5MP still images, which are decent for some time-lapse projects.

Silver Edition – GoPro dubs this as a Prosumer grade, gaining you aspherical quality to the camera lens, same video resolution and frame-rate as the White Edition,  but shoots up to 11MP still images for nicer time-lapse projects.  You also gain Protune (higher quality bitrate, more you can do post-filming… sort of somewhat related to RAW on a camera…but not really!) and automatic White Balance in camera.

Jump to a Glass lens which GoPro says is up to 2x sharper.  You hit up to 4k Cinema grade resolution maxing out at 15 frames per second…also gaining up to 60 frames per second at 1080p resolution…this increasing how smooth you can make each shot in a slow-motion film.  You also get a maximum of 12MP stills for those fine fine time-lapse projects you’re going to partake in…and to boot it comes with the GoPro WiFi Camera!

While Just{elation} doesn’t seem like the most hardcore testing environment for these cameras, there happens to be initial testing that did happen…check it out:

Filmed using both a Silver and Black Edition GoPro Hero 3, and 3 Fenix Flashlights for lighting.  All held up perfectly fine, in fact, they came out sparkling clean!  If you want an incredible case to store it all in, think about going with the Pelican 1120 Case, you won’t be disappointed!