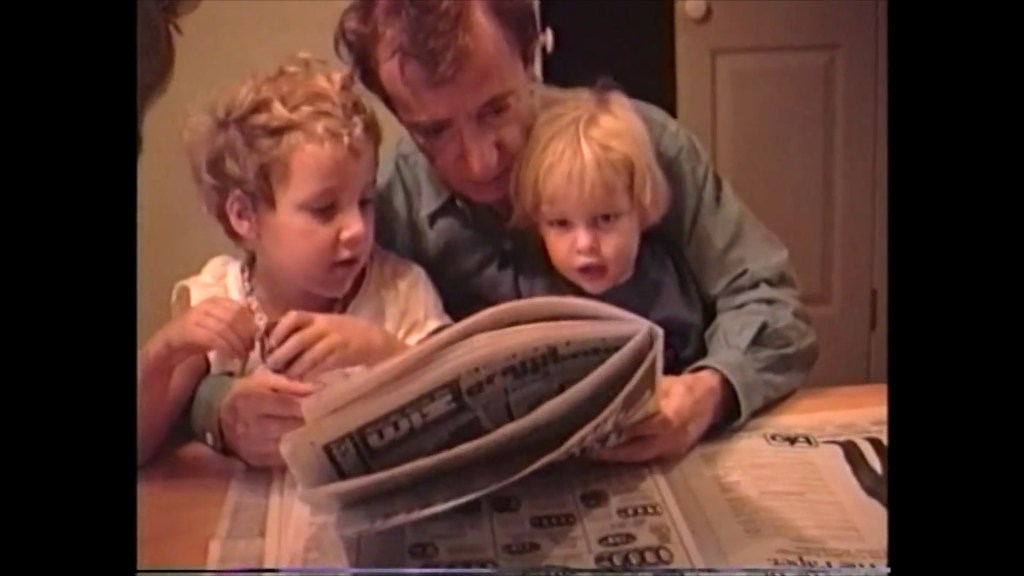 The controversial HBO documentary series Allen v. Farrow , which supports Dylan Farrow’s accusation of being sexually abused by her adoptive father, Woody Allen, earned the most Emmy nominations of any nonfiction program.

“It’s an incredible honor, no question about it,” Dick told Deadline. “This is something that was just completely a collective effort.”

“It’s so incredible to get this recognition from your peers, not so much for us but for our team,” Ziering commented. “It’s so hard to do this work. I know we’re not, like, curing cancer, but it’s hard to do this rigorous investigative work, craft a story so people can follow it, make sure all your fact-checking is correct.”

Ziering added, “It’s amazing that this type of work gets recognized because of what it says to survivors around the globe–it says, ‘We’re not silencing you anymore. We appreciate you. We hear you. We believe you. The world’s listening.’ That’s the best thing of all is what this does for so many people who have just suffered in obscurity, with a certain hopelessness.”

The series includes interviews with Dylan Farrow, now 36, as well as her mother, actress Mia Farrow, who had a years-long relationship with Allen that imploded after the director became romantically involved with another of Farrow’s adopted daughters, Soon-Yi Previn. Shortly after the relationship collapsed, Dylan Farrow, then aged 7, told her mother that Woody Allen had sexually molested her.

The docuseries revealed excerpts of a videotaped interview Mia Farrow conducted with seven-year-old Dylan about the alleged abuse. Some viewers took it as evidence of Allen’s guilt; others saw it as an indication that Mia Farrow had coached her daughter to make false accusations. Either way, the reaction to Allen v. Farrow was explosive.

“We were just so amazed that every Sunday night, every time an episode premiered it was trending on Twitter,” Ziering observed. “The responses were just exhilarating.”

Ziering and Dick said before their series aired, most of the public had been swayed by Allen’s take on what happened between him and Dylan.

“People were outraged, felt like they were finally hearing a story they’d never heard before, astonished by how much the narrative they had absorbed turned out to have been really untrue… Woody Allen’s legacy was to have written a blueprint for getting fathers off for abusing their children. That whole bait and switch of the second you’re accused–the best defense is a good offense, you immediately accuse your accuser, and thanks to rampant misogyny, everyone’s eager to jump on the bandwagon of any narrative that says ‘the woman did it.’ That actually has held a lot of weight ever since in family courts. That was sort of lightbulb moment for defense attorneys.”

Allen and his wife Soon-Yi Previn slammed the series after the first episode hit HBO.

“These documentarians had no interest in the truth,” a spokesperson for Allen and Previn said. “Instead, they spent years surreptitiously collaborating with the Farrows and their enablers to put together a hatchet job riddled with falsehoods.”

Ziering and Dick don’t put much stock in the couple’s response to Allen v. Farrow.

“It really wasn’t that much different from what he’s been saying for 30 years, claiming innocence and claiming that somehow he’s the victim,” Dick said. “It wasn’t substantive at all, from our perspective.”

The #MeToo movement has prompted a re-evaluation of Allen’s conduct, and a number of actors who previously worked with him, including Timothée Chalamet and Drew Barrymore, have said they’re sorry they appeared in Allen films.

“I think it’s great that actors have spoken out and expressed regret,” Ziering noted. “I think that’s really important and it sends a really important message to our culture at large that people who behave objectionably in their private life are not going to be further empowered by our supporting them in their public lives.”

But Ziering wouldn’t go so far as to say Allen should be “cancelled.”

“The whole world of art is fraught with people with complicated backgrounds. I don’t think that art necessarily offhandedly needs to be discarded,” she told Deadline. “But biography can inform our interpretation of it… Art can be enriching above and beyond what the acts of the creator are… I don’t sit there and go, ‘Ohmygod, don’t read Heidegger and don’t look at Picasso’s paintings.’ That would be silly. We’d be so impoverished as a culture.”