What The End Of The Month Means For Millions 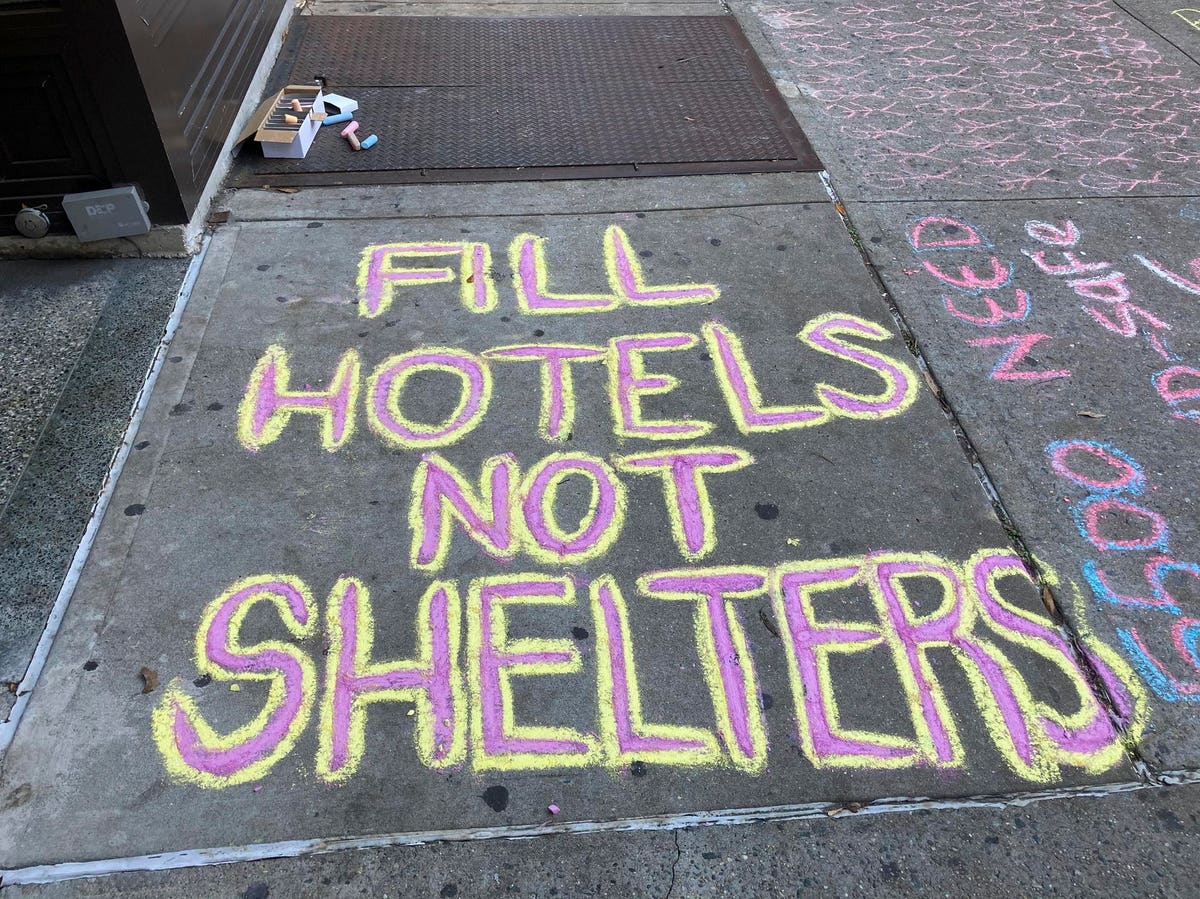 JUNE 30th 2021: Authorities in New York City begin moving the homeless out of The Lucerne, The ... [+] Belleclaire and other hotels and back into city shelters as the coronavirus pandemic outlook brightens. The Lucerne was a flashpoint location for local residents complaining about the homeless population now residing in their neighborhood. - File Photo by: zz/STRF/STAR MAX/IPx 2020 11/29/20 NOVEMBER 29th 2020: The plight of the homeless population during the worldwide coronavirus pandemic has led to controversy on the Upper West Side of Manhattan in New York City. A number of luxury and boutique hotels such as The Hotel Belleclaire and The Lucerne Hotel have opened their doors by providing temporary residences to hundreds of homeless persons which has been upsetting some local residents leading to demonstrations of protest. Other residents, however, are displaying sympathy and support for the homeless men and women by publicly advocating the actions of the hotels and by creating street art and inspirational messages in chalk on the sidewalks. (NYC)

The end of the month is a traditional marker for many things, particularly the payment of money.

At this point, you've paid the mortgage or rent, electric, maybe gas or oil, car, credit cards, phone, health insurance, and so on. If you have a business, count the list of other outflows of money.

For much of the country, it's annoying but has to be done. However, what would it be like if you didn't have the funds to cover the demands? Not once in a blue moon, causing you to stretch out a payment, or maybe put something on a credit card for a month.

For millions, the end of the month is a regular moment of pain. There's never enough money, always more bills than you can comfortably cover. So, what do you do?

Borrow money from a friend? Assuming they had any extra. Talk to creditors? Maybe, if you haven't before and if they're willing to stretch things. Pay part of a bill and hope you don't lose service or end up hearing from a debt collector or a notice of a lawsuit.

Perhaps you put off getting something the kids need for school because the other ones are too much. It could be something as simple as a few dollars for a field trip. Because that's what it's like when you're in a low-wage job that not long ago was considered an essential position. Essential to need, but not worth more pay.

How do you dig out of trouble? More education for a better job? How do you pay for it? How do you find the time? The luxury of taking classes and self-advancement requires flexibility, which is another name for money. The less you have, the more constrained you are.

A few years ago, I wrote about how sometimes people who are better off go through simulations of poverty to better understand what it's like. They only offer a tiny glimpse rather than a lifetime of experience.

Tiela Chalmers, an accomplished lawyer, went to her first “poverty simulation” workshop kit when she was working for a group that helped domestic violence victims. Assigned an identity — married grandmother raising two grandkids — she was directed to navigate a series of challenges that actual poor people face, such as trying to live on a budget (frequently $300 to $400 a month in such simulations), scraping together money for utilities and children’s eyeglasses, and dealing with health issues without losing hours at work (and income).

She quickly found the logistics overwhelming. “I just could not make ends meet and the kids’ needs came last,” she said, adding she could see why it would lead to alcohol abuse. “Part of what struck me was that there was no relief.”

The month becomes a hideous parody of Buddhism, in which the month is a lifetime and you keep going passing through the same stages, only without a hope of things becoming better. There is no nirvana nor rest. Just the start of another period of impossibilities.

Why bring this up now? Why not?

The problems are terribly old those with wealth and power rarely take interest more than writing a check to some organization or shake their heads at the situation.

Crises get as bad as they are precisely because nothing is done in advance. Kicking the can down the road is really a form of charging up to a credit card's maximum and then paying only the minimum. Of course the problems go one forever. Where else can they go? But the money that doesn't get spent eases its way into pockets of the wealthiest.